“The sunflowers in the paintings represent and symbolise the people of Shandong; their indomitable spirit and my admiration for them.” “Inside I feel the need to express myself in a way that others can relate towards; in a style that people associate and recognise as being uniquely mine.

”Inspirational, majestic, standing proud and resilient; symbolising life's hope, these breathtaking oil paintings of sunflowers, not only capture the spirit of the people of Shandong, but also the essence of the artist. The spirit which resonates throughout his paintings is universally inspiring and motivating to those who have also stood proud during lives trials like the sunflowers that he depicts.

“A Journey of Discovery - World Cultural Heritage” series - An Hui Village, The Forbidden City and The Great Wall
“Home” series - The Passion for Yimeng, The Yellow River and The Changjiang River
“Enlightened” series - Inspirational Sunflowers 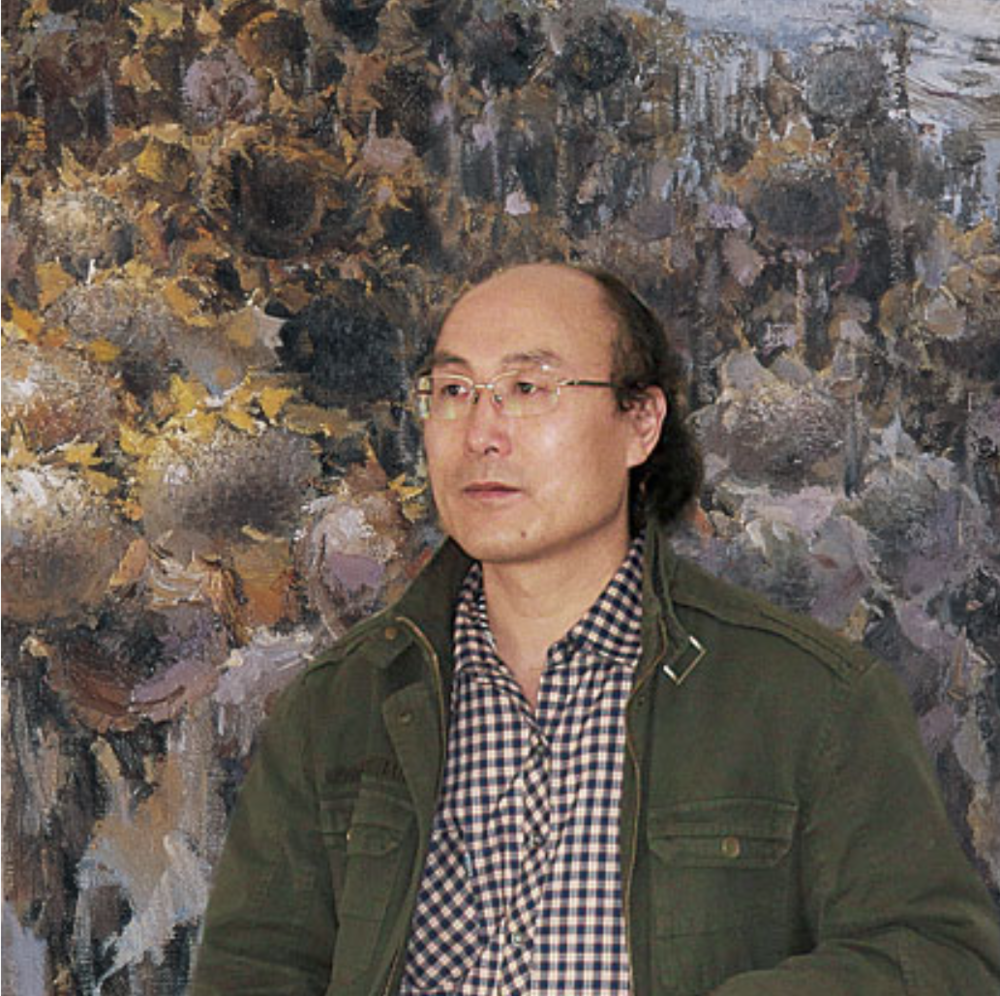